info@ketting.com Sign up for our mailing
Home / Publications / “BE PERSONAL, DON’T TAKE IT PERSONAL” – LEARNING FROM RUSSIA THROUGH LEARNING ABOUT RUSSIA
Previous
Next

“BE PERSONAL, DON’T TAKE IT PERSONAL” – LEARNING FROM RUSSIA THROUGH LEARNING ABOUT RUSSIA 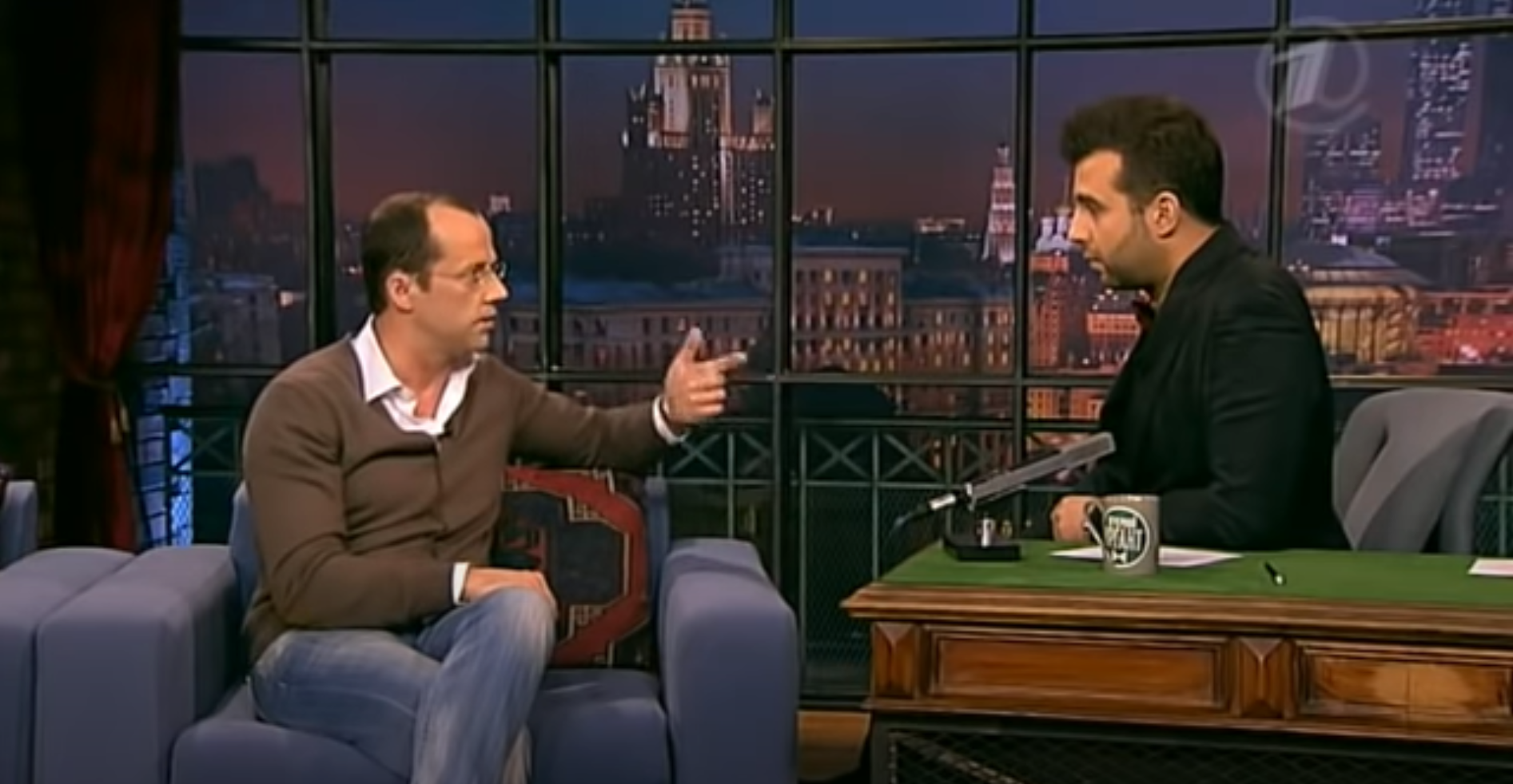 In a previous article I wrote about the five reasons why it makes sense to understand Russia. As it turned out, combining the words ‘understanding’ and ‘Russia’ in one sentence evoked a wide range of opinions and emotions. This was no surprise. In the twenty-six years that I have discussed Russia with thousands of people, I have gotten used to hearing very positive and very negative opinions about Russia. I used to have strong opinions about Russia as well. I stopped having strong opinions about Russia however, when I understood that my strong opinions got in the way of understanding Russia. In this article I will share how living in this highly contentious area of the world helped me understand the world around us better and how it taught me the benefits of being personal while not taking things personal.
Having an opinion on Russia, as a foreigner living in Russia, is quite challenging. Especially when you try to express yourself honestly and openly. An exclusively positive view on Russia is difficult to reconcile with the many injustices that take place in the country. An exclusively negative view on Russia ignores the many wonders that Russia has to offer; the first of which is the Russian people itself. 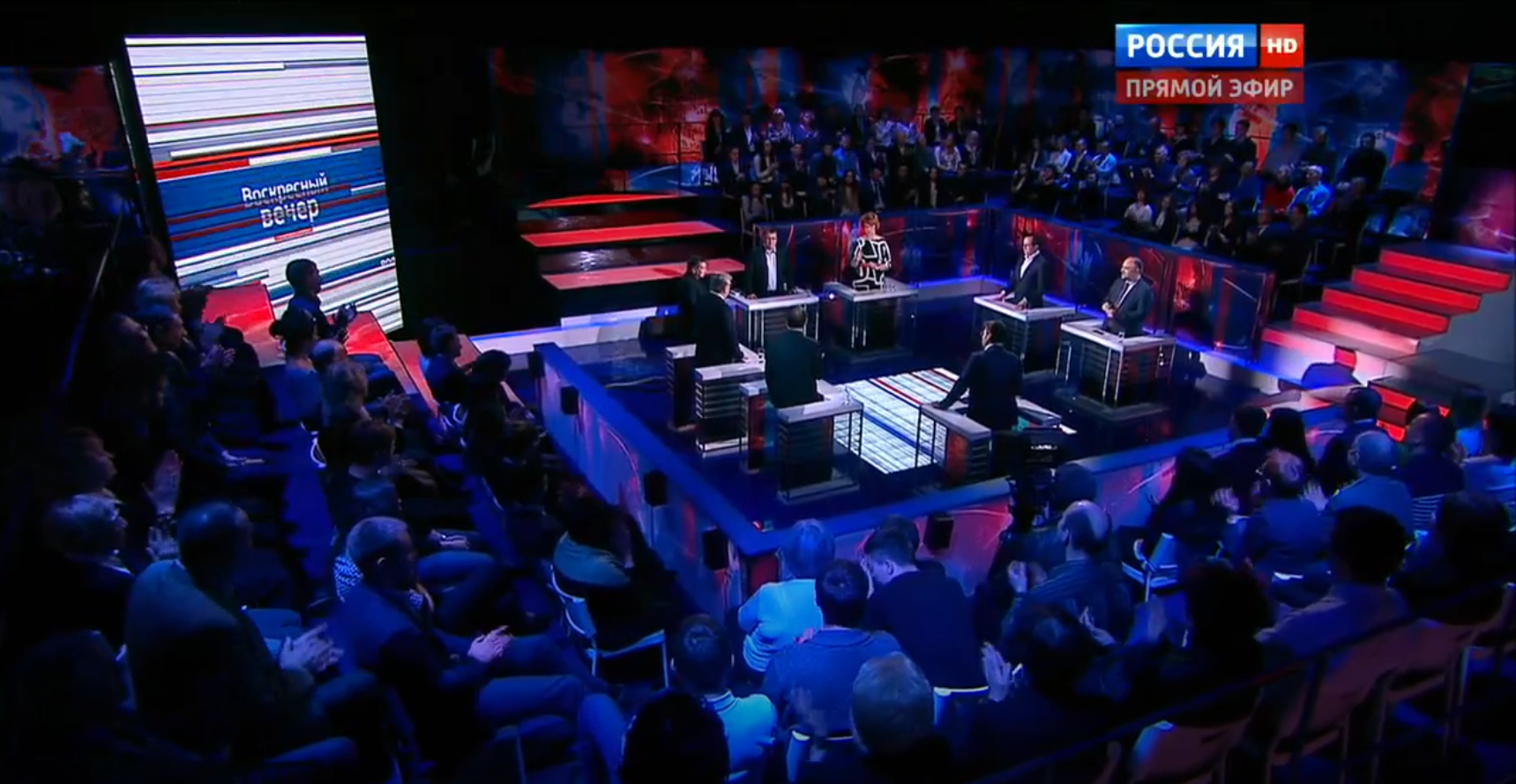 Talking very positively about Russia is easy when you live outside of Russia. But when you live in Russia, you can be sure that real life knocks the pink glasses of your head probably sooner than later.
Being very negative about Russia is also easy from the comfort of your Dutch or American armchair. But when your daily life and work is intertwined with Russia, a negative attitude will make your life miserable.
When, as a foreigner in Russia you praise Russia, Russians will call you naïve. But when you criticize Russia, they will get angry with you and tell you to leave to your home country if you do not like it in Russia.
Because of my views, I have been called a Russophobe and a Dutch spy in Russia while, at the same time, in the West I was labeled a ‘Putinversteher’ (someone who approves of Putin) and an asset of the FSB.
For every person who agreed with me, there was another person who strongly disagreed with me. My regular appearances in the highest rated talk shows on Russian TV were a reason for admiration by millions of anonymous viewers while, at the same time, a reason for dismay by a few of my closest friends. Whatever I said, there was always someone who took offense and someone who applauded in support. These years of hovering between acceptance and rejection taught me that merely having an opinion is not enough. I came to realize that I needed to substantiate my opinions with factual knowledge. I came to realize ‘why’ I needed to start understanding Russia; the big question now was ‘how’ to understand Russia. 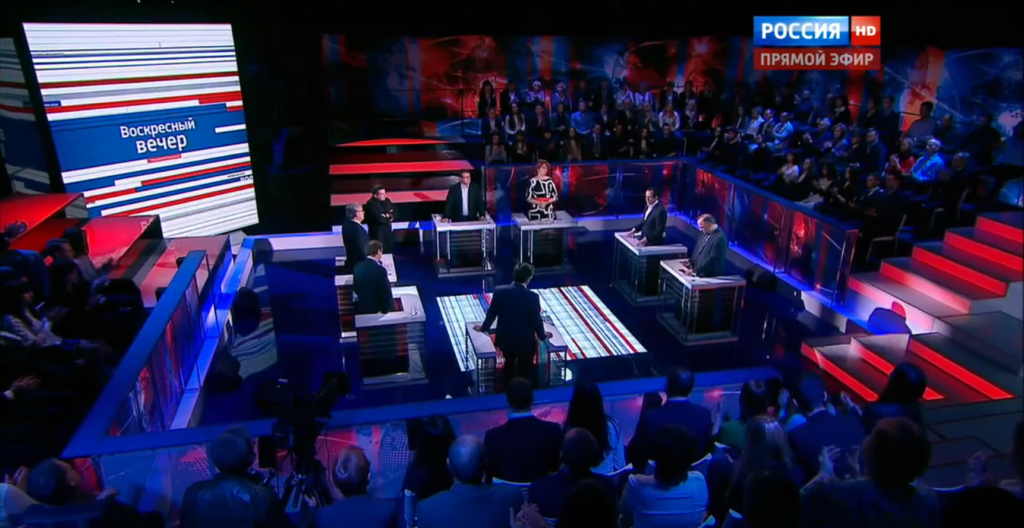 The first step to learning how to understand Russia was by doing something unusual; remembering my student days. Twenty-seven years ago, I studied at ‘SciencesPo’ in Paris. Apart from drinking too much wine and falling in love with the ‘City of Lights’ I actually learned something there. An important thing taught at ‘SciencesPo’ is to structure your thoughts and arguments in a disciplined way. One of the structures they teach is based on the Toulmin method, developed by philosopher Stephen Toulmin. This method consists of using six elements for analyzing and presenting arguments (claim, grounds, warrant, qualifier, rebuttal, and backing). I learned that sticking to clear elements for analyzing and presenting arguments works well when there are no clear truths or absolute solutions to a problem or situation. Something very suitable to Russia where, as you know, there are no absolutes, and everything is relative and situational. The Toulmin method also helped me write articles and prepare presentations. My experience as a regularly invited speaker at conferences and seminars taught me the positive effect of substantiating my claims and opinions with the right data and arguments, and of properly framing my own arguments and the counter arguments. 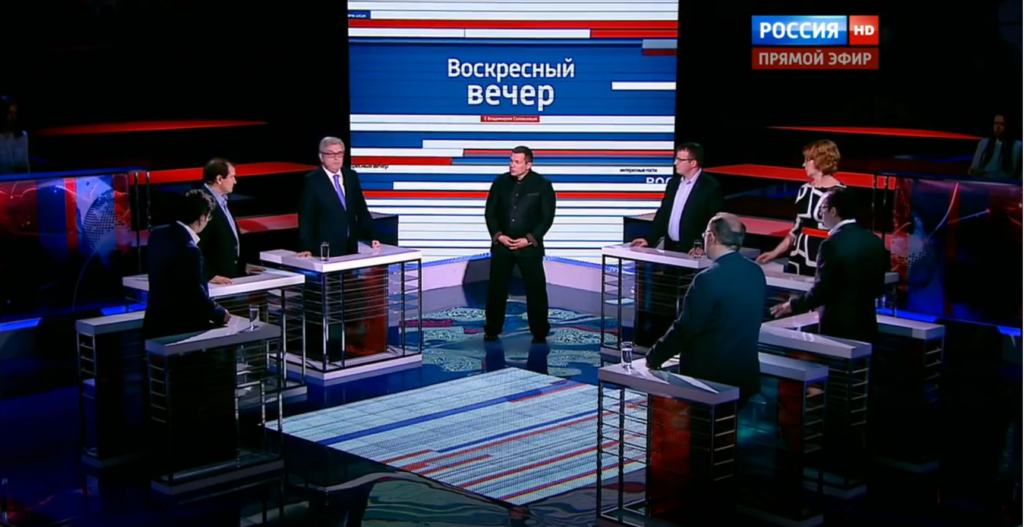 My confidence as a speaker was quickly shaken however, when I took part in my first televised debate on a Russian TV talk show. I understood that the argumentation method I learned at one of the world’s finest universities for political studies was grossly insufficient to survive a Russian TV debate. Debating on Russian TV as a foreigner is a special experience. Before the start of the live talk show, you join the other guests in a waiting room with lounge chairs, drinks, and food. You pass the time, friendly chatting with the other guests while, one after the other, the guests are invited to the make-up room to be powdered and groomed. A few minutes before the show goes live you are escorted from the quiet waiting room to the TV studio to take your places behind one of the debating stands. Under the burning spotlights and under the unfeeling gaze of hundreds of dark impassioned eyes of the audience, you feel like a roman gladiator entering the arena of the colosseum. As soon as the show goes live and the cameras start recording, everything changes. The people you were friendly chatting with in the waiting room a few minutes ago, are now shouting at you while the talk show host does his best to further fan the flames of emotion. They try to overpower you with the volume of their voices instead of the strength of their arguments. It was not a pleasant experience and I quickly realized that simply stating my opinion and substantiating it with facts, as I had learned at SciencesPo, was not enough to make myself understood.
Thanks to these talk shows I learned to express my arguments in a more effective and, to me, more natural way. I got into the habit of naming the topic or problem, acknowledging the opposing position and its context, and only after that expressing my own position and its context, followed by a conclusion that uses the best of both positions in a way that unites and connects the opposing standpoints. Structuring my arguments this way in TV debates immediately brought me tangible benefits. Because I started my arguments with expressing the opposing position, I received more time to present my views because my debate partners would listen to me more carefully and respectfully. The tone of the debates became calmer and instead of being overpowered by people shouting at me, I started holding my ground in these heated debates, even though I spoke in Russian, a language that is not my own. It also became hard for my debating partners to disagree with me after they had heard me voice their position at the start of my argument. 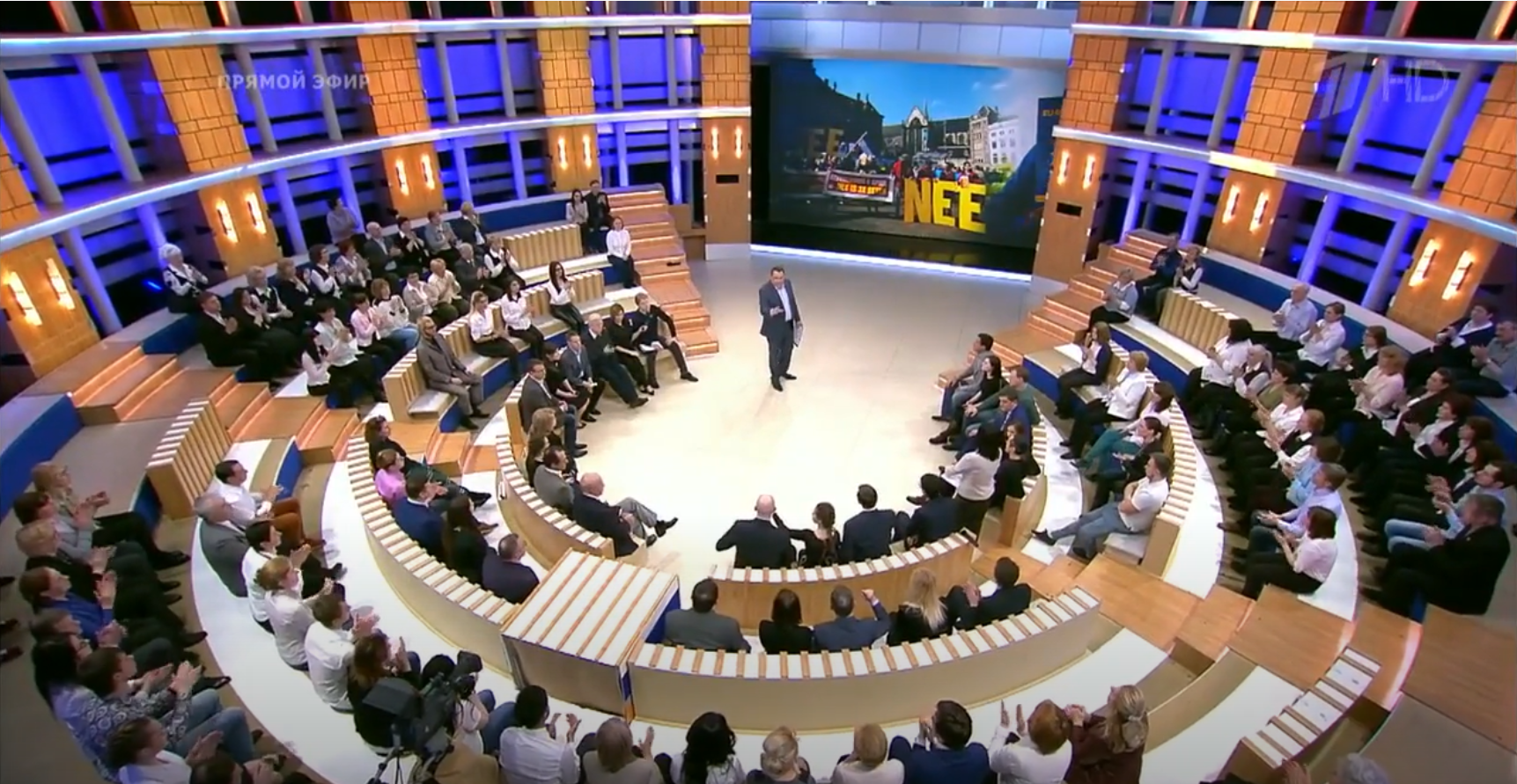 Later I understood that what I started to do intuitively is called the Rogerian argument. Psychologist Carl Rogers explained that when you state the dilemma, provide an argument as well as a counter argument and use the best of both arguments, you can reach a balanced and mutually beneficial conclusion to any problem or debate.
Today I do not only use this Rogerian method to express myself. I also use this method to understand the world around me and, especially, to understand Russia. I obtain a deeper understanding of Russia by accepting the differing views of others, comparing them to my own, analyzing the underlying data and facts and attempting to come to an understanding that takes into account these different views, data and facts. Taking conflicting views into account became a habit that also helped me to be less invested in my own views. I lost the need to be right. And when I stopped needing to be right and win every argument, I noticed that some other positive benefits appeared as well.
When I became less invested in the outcome of the discussions I was involved in, I calmed down and became a better listener as a result.
Calming down and listening better also motivated me to ask more and better questions. 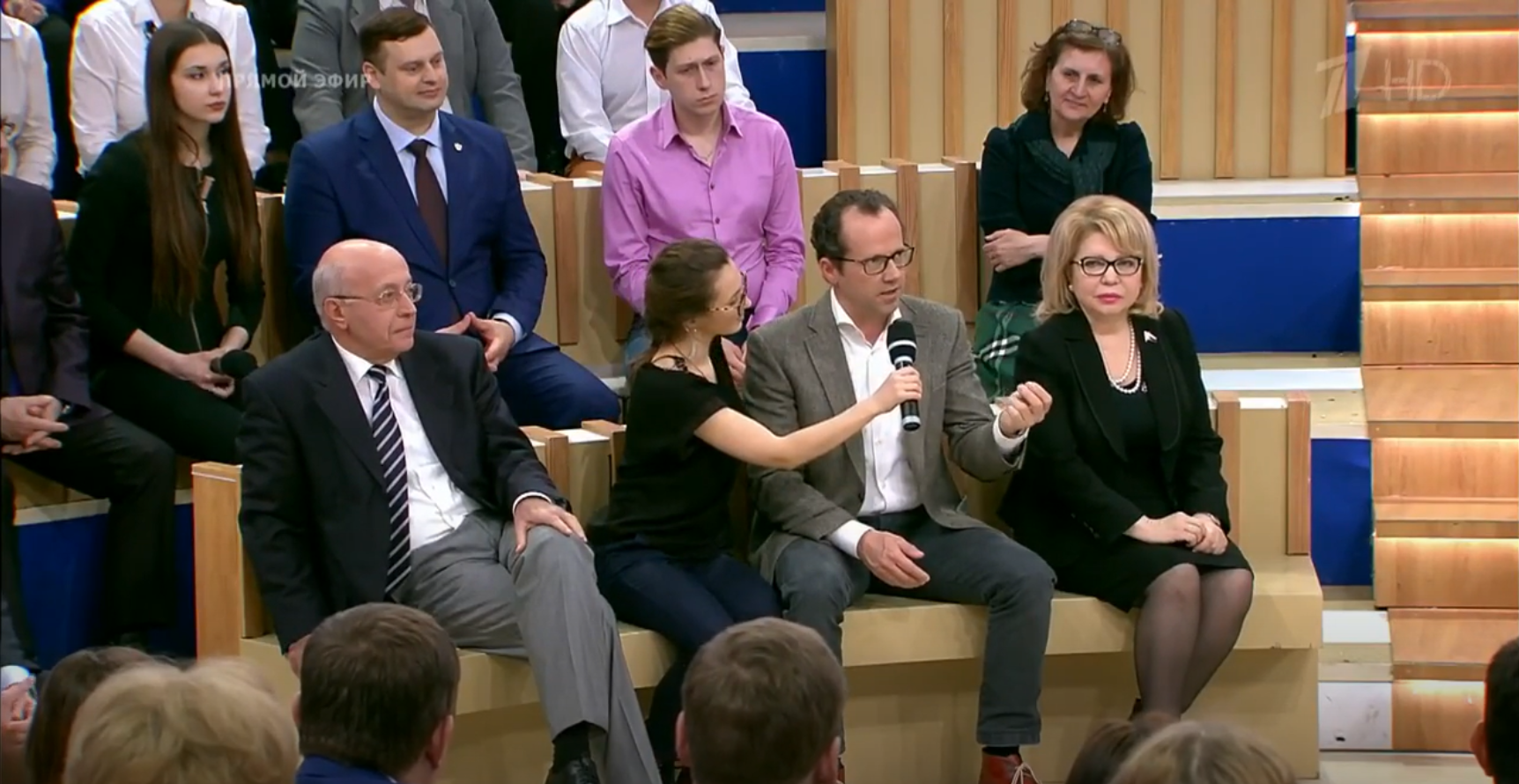 Asking more questions and receiving more information helped me seeing the other person’s point of view and putting myself in the other person’s shoes. This taught me to always remember that there is a story behind every person.
The more I understood the story behind other people, the more I started to see them as persons not so much different from myself. I noticed that the things people do or say that used to upset me in the past were rarely specifically addressed to me. Hardly ever would people intentionally want to harm me. They were just following their own interests or motivated by their own fears. When I started to see their personal interests and motivations it helped me take whatever they did or said less personally. The more personal I became myself, the less I took the actions and words of others personal. This helped me become less judgmental and reminded me to make less assumptions about the thoughts and motivations of others.
Today I am fine with the polemics that my articles or presentations cause. I am not thrown of balance by criticism and I take support as a bonus. I started to respect the differences between other and myself, while my goal of wanting to understand and build bridges has only become stronger.
So, what does this have to do with understanding Russia? Well, the key to understanding Russia is the same as the key to understanding another person. We either hate or love Russia. We are either thrilled or appalled by her. But as soon as we lose the need to be right and start to investigate and empathize, and as soon as we stop judging and start respecting our differences, then we will see Russia for what she really is. A country with a diverse, traumatic, rich history. A country where no day is the same and no truth is self-evident. A country that draws the best and the worst out of people. A country that, like most other countries, is mainly concerned with protecting, what it sees as, its justified interests, whether we agree with these interests or not.
You want to understand Russia? “Be personal but don’t take it personal” and your window to Russia will open.