info@ketting.com Sign up for our mailing
Home / Publications / We thought we hit rock-bottom but then we heard someone knocking from below
Previous
Next 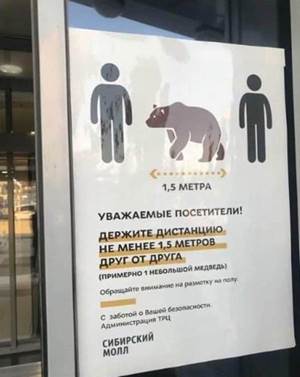 When the value of the ruble depreciates, there is a much more important currency that always appreciates. The currency of Russian humor. In Russia; ‘When the going get’s tough, the humor gets going!’

Although most foreigners would consider Russians to be rather humorless there is a wealth of humor in Russia. Russian humor flourishes especially in times of crisis. Humor is expressed in wordplays, rhymes songs and poems. Maybe the most accessible form of humor to foreigners is the Russian ‘anekdot’, a short story or dialogue with a punchline. Russian humor is deeply rooted in language, history and in cultural references to literature and soviet movies. The spices of Russian humor are satire, sarcasm, cynicism, self-depreciation and a dark, but light-hearted, look at life. Russian humor is often smart. You need to think a brief moment to understand the joke or pun. Usually Russian humor doesn’t just serve the purpose of making people laugh. Russian humor entertains but more often than not its underlying purpose is to reveal a certain truth that is too sensitive to touch upon directly. Like with Russian life, there are often two or more levels to a Russian joke.

People often tell me: “Jeroen you must have changed a lot during your 26 years in Russia.”. I am not sure if I changed a lot to adapt to this country where I have now lived considerably longer than I have lived in my country of birth, The Netherlands. There are many characteristics of Russia that come naturally to me. My life in Russia has more exposed my personality than changed or influenced my personality. One of the things in Russia that resonated with me on a deeper level is Russian humor.

It wasn’t always that I found Russian humor easy to understand. As most Russian ‘anekdotes’ are rooted in cultural, historical and Soviet references I often lacked the background to get the joke being told around the dinner table. In my early years in Russia in the nineties, I would sit with friends around the dinner table and listen to anekdotes being told. Often I wouldn’t understand the joke and when everything started laughing I would join in the laughter to avoid being the grouch around the table. This sometimes lead to very uncomfortable situations when suddenly my friends stopped laughing, while turning to me with a questioning gaze and asking: “what are you laughing about Jeroen? Do you understand the anecdote?”. My usual response would be to divert the attention to the vodka bottle on the table, fill everyone’s glasses and propose some toast. With Russians, that tactic usually works.

I have a growing relationship with Russian humor. From not understanding it 26 years ago to appreciating years later and to seeing it as absolutely essential to survive in times of crisis and hardship like today. I came to love the dark but lighthearted and self-depreciating side of it and I enjoy the sarcastic and cynical undertones.

When my colleagues sent me the text “samoizolatsiya prokhodit uspeshno, pobaivaemsja ukaza o samolikvidatsii..” a smile can’t help but spread itself over my face (“self-isolation is going on successfully, with some apprehension we are awaiting the command to self-liquidation).

Yes, your biggest asset in your Russian survival kit is a good sense of Russian humor. The Russian male has a life expectancy of 67 years. A sad fact in itself but when combined with the COVID-19 crisis for Russians this sad fact becomes the ingredient of a short joke. “Life expectancy is increasing in Russia. Nobody wants to die, because everyone is curious to see where this madness will bring us.” In a Siberian shopping mall the social distancing instruction says: “Keep at least 1.5 meters between yourselves (approximately the distance of one small bear)”.

I just love Russian humor and most foreigners marvel at Russian humor once they are explained the background. Foreigners like me, who appreciate Russian humor should always be careful though. If there is one area where foreigners can make a ‘faux pas’ then it is in cracking jokes about Russia. I always explain it in this way. You can make a good-natured joke about your wife or husband but when the neighbor makes a joke about your wife of husband it suddenly becomes much less funny. So enjoy the joke below but leave the telling of it to your Russian friends!

A Russian and an American are sentenced to Hell. The Devil summons them and says: “Guys, you have 2 options: an American or Russian hell. In the American one you can do what you want, but you’ll have to eat a bucket of shit every morning. The Russian one is the same, but it’s 2 buckets.”

The Yankee quickly makes up his mind and goes to American Hell, while the Russian eventually chooses the Russian one. In a week or so they meet. The Russian asks: “So, what’s it like out there?”/ “Exactly what the devil said, the Hell itself is OK, but eating a bucket of shit is killing me. And you?” / “Ah, it feels just like home – either the shit doesn’t get delivered or there aren’t enough buckets for everyone!”